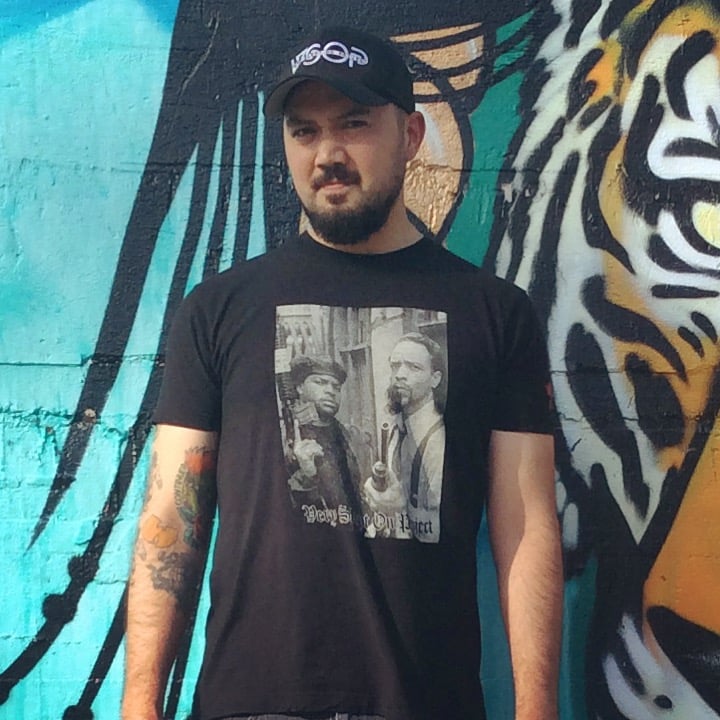 SCRAPED RESIN x VSOP ATTIRE - VSOP is teaming with Sacramento's best (and only) designer toy bootlegger to delivery a grimy new design, dirrectly from the 90's. Featuring the most slept on gangster action flick from 1992, Trespass, this forgotten gem not only captures the moment when these men broke through, showing they could carry a movie on their own and, if given the oppurtunity, could bring a new style of intensity film. It also features Bill Paxton, a young Deebo, and is directed my Walter "The Warriors" Hill.
The design takes elements from both the counterculture movie shirts popular in the 90's (Serial Killer) and the bootleg hip hop designs you'd find at swap meets, and remixes them into something distinctly VSOP. Featuring the Scraped Resin red razor logo on the sleeve, this collabo design has been printed up in very limited numbers. Screen printed in Sacramento, CA.