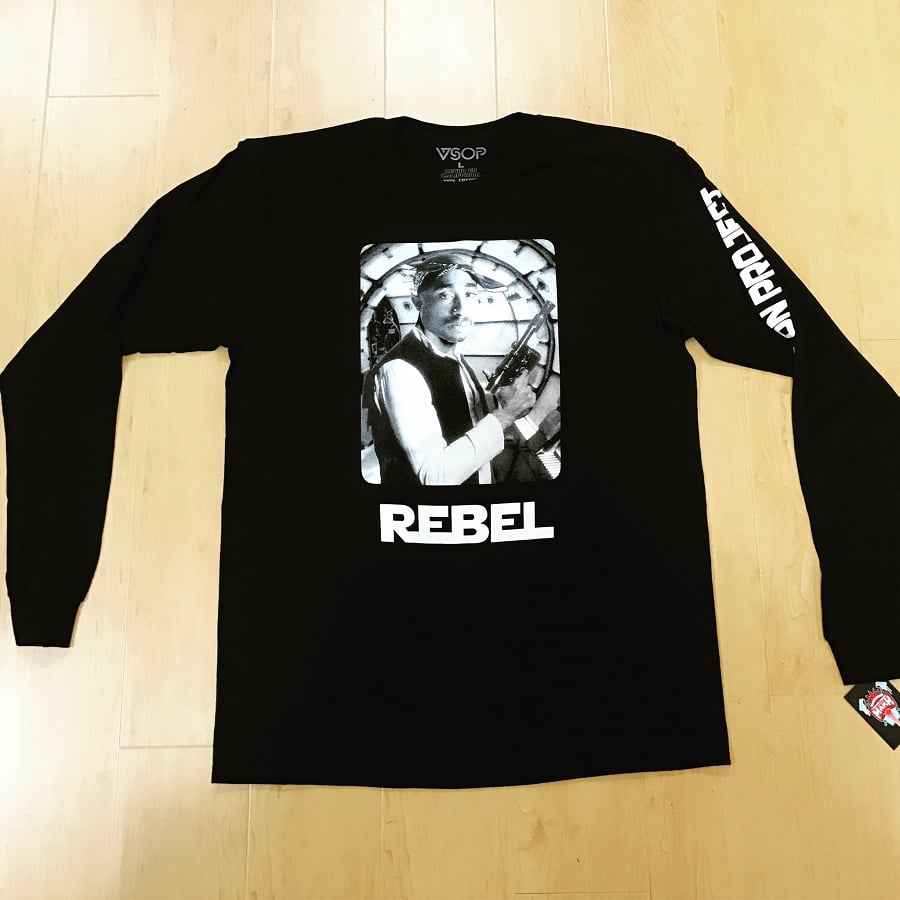 On the run from imperial patrols with Chewie riding shotgun, Tupac Solo blasts first and asks questions later. Making a name for himself as a cut throat hustler, he's finally found a cause worth dying for and remains a rebel until the end with a middle finger pointed towards the Death Star. Biggie the Hutt's bounty hunters are on his tail, but are no match for the lightspeed swagger of this notorious rhyme smuggler. Whether hitting up the local hiphop show, or seeing Rogue One for the fifth time, show off your hiphop nerd cred with this dope new design.

We reversed the print color for this limited edition black longsleeve, which features VERY SLEPT ON PROJECT screen printed in white down the sleeve. As seen in our display window at K and 22nd in Downtown Sac.